With more than three decades of research and nearly 20 years of real-world evidence, we’ve proven what is possible in a variety of rare diseases and devastating conditions across neurology, hematology, nephrology, and metabolics. This experience drives us to continue advancing our science to help patients and families fully live their best lives.

Delivering Innovation Where Progress
Is Rare

Unlocking the potential of complement inhibition to deliver new medicines

DIVERSIFYING FOR THE
FUTURE

Our Foundation in Complement

Our pioneering legacy in rare diseases is rooted in being the first to translate the complex biology of the complement system into transformative medicines. The scientific community was initially skeptical about complement inhibition, but our scientists led the way. Their work has helped many people living with rare diseases reclaim their lives. Today, we continue innovating to accelerate the discovery and development of new life-changing therapies for even more patients.

What Is the Complement System?

Part of the immune system and essential to the body’s defense against infection. 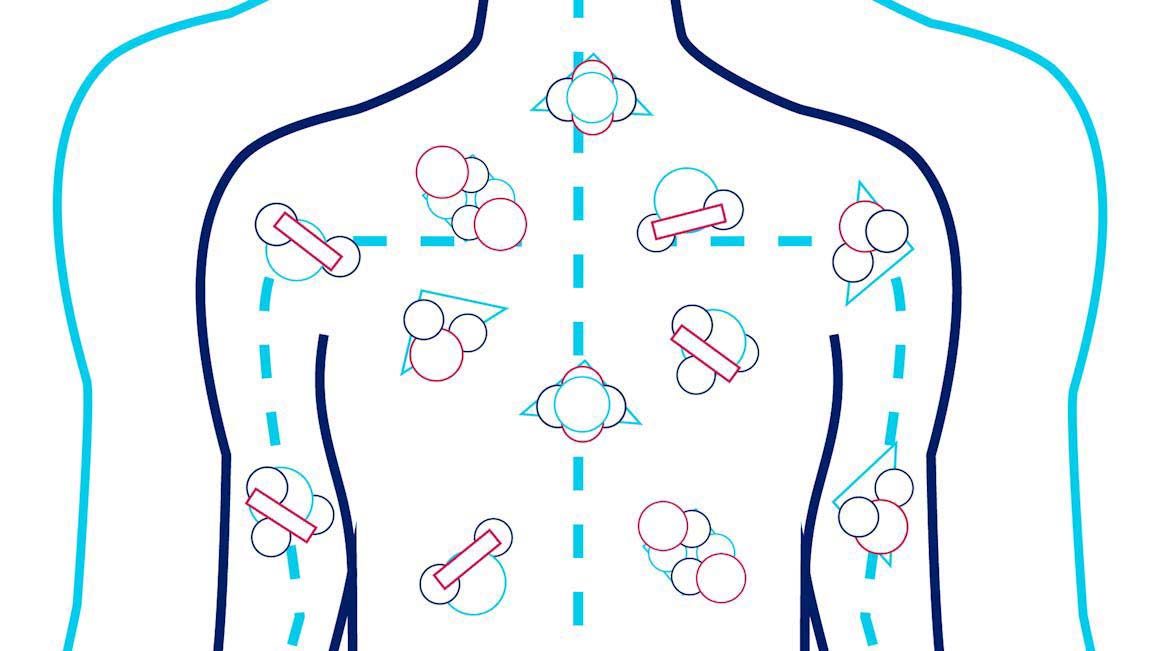 The complement system is a part of the immune system and is essential to the body’s defense against infection. It is made up of three unique pathways.
Each pathway activates a cascade of protein reactions that trigger immune response to fight invaders.
When the body is healthy, these proteins form a complex network to detect and help eliminate bacteria, viruses, and dead cells.
However, when the system is thrown out of balance, or dysregulated, the same proteins can trigger a dangerous, uncontrolled cascade of reactions that attack healthy cells and tissues.
Watch Complement Video
Skip the experience

[2:34] Our scientists blazed a trail in complement inhibition research. Hear from a few of our pioneers who played a role in translating this research into transformational medicines for rare diseases and why they persisted.

[2:37]
Learn about Alexion’s ongoing research to build upon our deep expertise in complement biology, and hear about our work to advance the next generation of complement inhibitors to help more patients.

Dysregulation of the complement system is a driver of many diseases. We remain focused on innovating to translate the science of complement inhibition into new medicines.

A rare, chronic, and potentially life-threatening disease caused by complement dysregulation. aHUS is a type of complement-mediated thrombotic microangiopathy (CM-TMA) that can cause severe progressive organ damage, often of the kidneys, or death.

A group of severe and potentially life-threatening rare disorders caused by overactivation of the terminal complement system that fuels an attack on cells, including endothelial cells that line blood vessels. Damage to the walls of blood vessels and formation of blood clots can cause progressive injury to vital organs, leading to organ failure and premature death. Examples of disorders include atypical hemolytic uremic syndrome (aHUS) and hematopoietic stem cell transplant-associated thrombotic microangiopathy (HSCT-TMA).

A progressive, autoimmune, inflammatory condition that causes damage in the blood vessels under the skin and in the muscles. This damage leads to skin changes, including a rash around the eyelids, face and chest, red bumps around the joints, difficulty swallowing and progressive muscle weakness in the arms and legs.

A chronic and progressive eye disease that causes degeneration of the portion of the retina responsible for central and color vision, leading to visual impairment and loss of mobility. A major cause of blindness, GA is difficult to diagnosis due to a low rate of progression and subtle symptoms. People over the age of 75 are disproportionally impacted by the disease.

A debilitating, chronic, and progressive autoimmune neuromuscular disease that leads to a loss of muscle function and severe weakness. Symptoms include drooping eyelids, blurry or double vision, slurred speech, difficulty swallowing or choking, shortness of breath, and limb weakness.

A rare, acute, neurological disorder in which the body's immune system mistakenly attacks part of its peripheral nervous system. Symptoms may range from brief weakness to near-paralysis, and recovery may be only partial and/or take several months to years. GBS is most commonly triggered by an infection in the four weeks prior to onset.

A type of complement-mediated thrombotic microangiopathy (CM-TMA) that can present during or after hematopoietic stem cell transplantation (HSCT). This severe, and often lethal, condition occurs when factors associated with HSCT (including conditioning regimens, immunosuppressant therapies, and infection) induce complement system overactivation or unmask complement dysregulation that fuels an attack on cells, including endothelial cells that line blood vessels.

A severe complication of systemic lupus erythematosus (SLE) in which deposits of immune complexes (e.g., immunoglobulin G (IgG) and antigen) accumulate in the kidney and may lead to injury through complement activation. Up to 30% of patients progress to end-stage renal disease (kidney failure) within 15 years, requiring dialysis or transplant.

A rare, autoimmune disorder of the central nervous system that affects the optic nerve and spinal cord, more commonly in women. The disorder is characterized by unpredictable relapses that result in cumulative disability, including blindness, paralysis, and sometimes premature death.

A rare, chronic, progressive, debilitating, and potentially life-threatening blood disorder characterized by complement-mediated intravascular hemolysis (destruction of red blood cells in the blood vessels) and thrombosis (blood clots), due to terminal complement activation. Thrombosis can be life-threatening and is the leading cause of death in this disease.  PNH can lead to serious health complications, including damage to vital organs, such as kidneys and lungs.

PNH is a rare, chronic, progressive, debilitating, and potentially life-threatening blood disorder characterized by complement-mediated intravascular hemolysis (destruction of red blood cells in the blood vessels) and thrombosis (blood clots), due to terminal complement activation. EVH can sometimes occur in PNH patients when treated with C5 inhibitors as the now surviving PNH red blood cells are marked by other proteins in the complement system for removal by the spleen and liver. PNH patients with EVH may remain anemic and may require occasional blood transfusions.

Diversifying for the Future

Our mission of transforming the lives of people living with rare diseases guides our research and development efforts. We’re applying our expertise beyond complement to deliver innovations for even more patients.

Wilson disease is a rare and progressive genetic condition in which the body’s pathway for removing excess copper is compromised. This results in the buildup of copper to toxic levels in tissues and organs throughout the body. Patients can suffer from liver disease, psychiatric, and/or neurological signs and symptoms, including personality changes, tremors and difficulty walking, talking, and swallowing, and changes to the cornea. In some cases, the damage and loss of function may be irreversible.

Alexion’s research teams are working to uncover new insights about Wilson disease with the goal of delivering a transformational medicine to people living with the condition.

We are dedicated to building upon our trailblazing science in rare disease to translate emerging science into transformational medicines for even more patients.

A rare disease where abnormal antibody (immunoglobulin) proteins are produced by defective plasma cells in the bone marrow. These abnormal proteins misfold and clump together to form amyloids and may deposit in tissues and/or organs. Amyloid buildup in organs, particularly in the heart and kidneys, can result in significant organ damage and organ failure that may ultimately be fatal.

A progressive, rare disease where transthyretin (TTR) proteins, which are responsible for transporting thyroid hormone and vitamin A in the blood, become unstable, break into parts, and form protein or “amyloid” deposits in the heart. Typical symptoms are similar to those associated with heart failure, including shortness of breath, edema (swelling of the legs), and atrial fibrillation and may be fatal if not treated.

A progressive, rare disease where transthyretin (TTR) proteins, which are responsible for transporting thyroid hormone and vitamin A in the blood, become unstable, break into parts, and form protein or “amyloid” deposits in the nerves. Symptoms associated with damage of peripheral nerves include a loss of sensation, tingling, numbness, pain in the hands and feet, or gastrointestinal dysfunction. Over time, patients may gradually lose the ability to walk without assistance and control motor and sensory functions.

A rare, genetic disease characterized by impaired bone mineralization, muscle weakness and other systemic manifestations of the disease, which can lead to death in infants and significant disability at any age.

A rare and progressive genetic condition in which the body’s pathway for removing excess copper is compromised. If copper levels are not effectively managed, copper will accumulate, over time, to toxic levels in the liver, brain and other organs, leading to liver disease and neurological, and psychiatric symptoms that greatly impact a patient’s life.

You are now leaving www.alexion.com, a website provided by Alexion Pharmaceuticals, Inc. This link will take you to a different site to which this Privacy Policy does not apply.

You are now leaving the alexion.com UK webpage for the global alexion.com website. The content on the global site is intended for a U.S. audience only